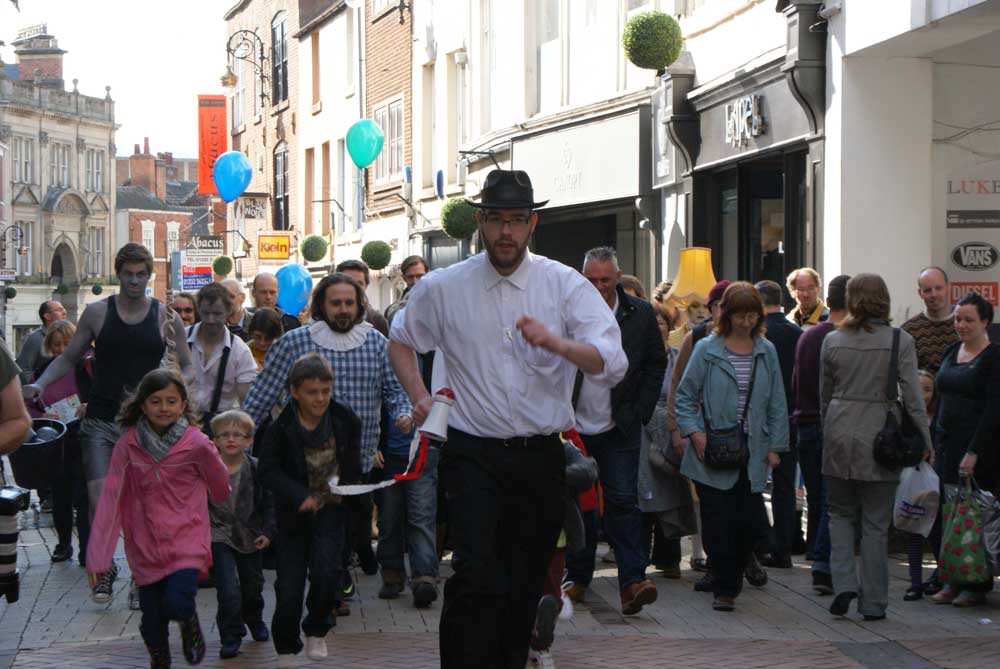 Theatre Creator
Connect
Contact Ed
Profile
Ed began acting at a young age and went from strength to strength with the Derby Playhouse Youth and Community Theatre’s. Having gained a degree in Theatre Arts, he has performed professionally all over the UK.

Having worked with Sustained Magic Theatre Company creating theatre which focused on accessibility he has written, devised and created multiple projects ranging from heritage to theatre in education.

Ed was also a founding member of the Derby Independent Theatre Network where he performed for many years in the Derby Festé theatre festival.